Advice to younger PM self 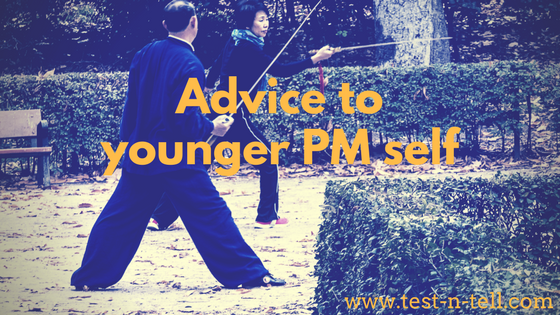 I was lucky in my early career. Or so I thought. I got a job in an established, serious, mid-large, international company. First couple years were great. As a young professional you learn a lot. Not only in your field but in general. How the business works, how to communicate effectively, how to be a part of a team.


But here is the part I didn't understand back then.
Big, stable companies are mainly focused on retaining their position. Innovation is a risk which they don't want!


Most larger companies are great at maintaining existing products and leveraging them as cash cows in order to generate vital business benefits. This often leads to a conservative attitude, protection of the current assets, and focus on operational excellence and flawless execution. In such an environment, product innovation is the exception rather than the norm, and experimentation and making mistakes are discouraged. Roman Pichler


It's so obvious now, but back in the day, it frustrated the hell out of me.

You don't learn much from success. You learn from failure. Big companies avoid failure. Means you'll not learn a lot in a big company.

As a young professional, choosing big established company might jeopardise your career.

What should I have sought instead? An environment where failure is acceptable. Where people understand that without failure there will be no learning and no success as a result.

Such environment may not only exist in startups or small businesses. Nowadays, even large organisations understand the importance of experimentation, so they establish incubators, intrapreneurship programs and innovation labs. Whatever the form is, the environment to seek is where learning valued the highest and failure understood to be a part of the learning process.

More advice? Hear it from the best! Watch Dave Wascha reflect on his 20 years in Product.