Taste - the most mysterious ingredient of product success 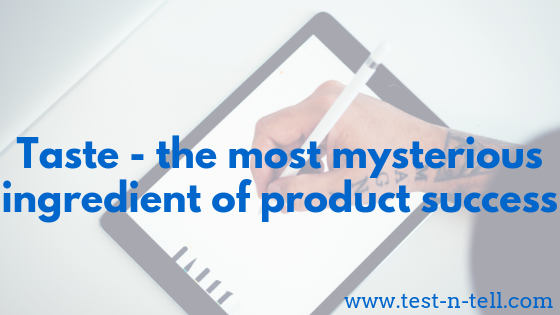 What differentiates good products from great products? Why we often choose a certain product from many similar alternatives?


When I learned an ex-Apple engineer wrote a book about their product development process I rushed to order it. For a product manager, Apple is like a Porche for cars enthusiast. Over the years Apple got so many products right. "Apple II", "Macintosh",  "iPod" and obviously "iPhone". All these products revolutionalized not only many industries but our daily lives. How did they do it? What's their secret?

In theory, creating products is not that difficult.
Does Apple follow this process? Yes, they do, in general. But the devil, as we know it, is in details.
For example, Apple is not known for doing a lot of customer research. It means very few to none customer interviews, focus groups, prototypes and user testing. They tend to do things differently. Instead of going outside and ask people for their problems, they would stay inside and ask themselves. There must be a bunch of strongly opinionated people who could convince others and get them on board with their vision of the future. At least we know about one person who was like that. Then they would work tirelessly on various options of a product. They would produce lots of prototypes and demo them to each other. Slowly, through multiple rounds of constructive criticism, they would select a final version that will make a product. All that without the feedback from the outside.

How is this possible?

There are solid reasons to do customer research. It minimizes risks of losing serious money and a lot of time developing the wrong product. So how does Apple manage to be successful not applying this process?

It all starts (and ends) with people. Apple always tried to combine the best of technology and liberal arts. Unlike other tech companies, they had a strategy to hire people with diverse backgrounds and skills. Musicians, painters, writers, architects, designers. That allowed them to build truly cross-functional teams. Having such diverse personnel they could rely on internal feedback over the need of seeking external verification.

Or how Ken calls it in the book: lots of demos. Whenever Apple engineers needed feedback on the thing they been working on - they would make a demo for their colleagues and get feedback straight away. They also have periodic demos with larger peer groups and with executives. A lot of demos proved to be one of the key ingredients of Apple's product development process.

If previous two were fairly clear then this one is mysterious. Taste, what is it in the product development world? Dictionary definition is not helping much: "the ability to discern what is of good quality or of a high aesthetic standard." It's hard to quantify taste. Impossible to put it in an excel. Unpractical to A/B test. You could either trust your people to apply their aesthetic taste to their work or you don't. Trust does become the most important. Everyone might develop taste but who are allowed, who are empowered to apply it during product development? Apple, like all large companies, has structures, managers, key decision makers. Yet they managed to create an environment where an individual on almost any position might apply their sense of taste to the work they're doing. Apple got themselves into this risky game and won.
Many companies disregard taste in their business processes while those who don't, like Apple, end up with beautiful and successful products.

Can we just copy what they're doing and be worth billions?

No.
"Creative selection" is not a recipe for success. It's not a manual for creating a new "iPhone". Instead, it tells that innovation takes time, hard work and trust between everyone involved. It is about figuring a hundred ways how things don't work to end up with a few that do work eventually.